Fluoride In The Water System Works!

Windsor to put fluoride back into the water after council vote 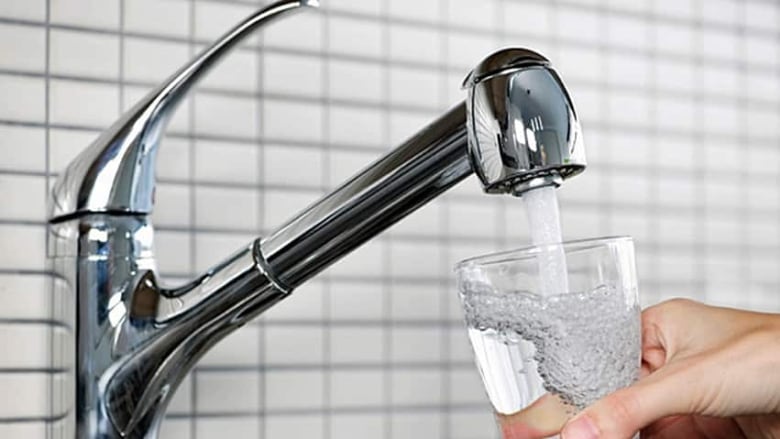 Windsor's water hasn't been fluoridated for five years.
After a five-year moratorium, Windsor will be seeing fluoride in the water again.
City council voted 8-3 in favour of the reintroduction of fluoride. Back in 2013, council voted 8-3 to take it out after more than 50 years of water fluoridation.
The issue was a controversial one with 16 delegates lined up to speak, and 59 emails received by the city clerk ahead of the meeting. The debate went on for hours.
One of the delegates was Dr. Wajid Ahmed, acting medical officer of health with the Windsor-Essex County Health Unit. According to the Oral Health 2018 report released by the health unit, the percentage of children with tooth decay or requiring urgent care has increased by 51 per cent in 2016-17 compared to 2011-12.
However, Mayor Drew Dilkens, who voted to have fluoride taken out five years ago did not change his stance. He joined Ward 1 Coun. Fred Francis and Ward 5 Coun. Ed Sleiman in casting dissenting votes.
"Fluoride is one tool for good oral health, we all know that, but it's not the only tool," Dilkens said before the meeting.
Dilkens said fluoridated toothpaste is the "number-one thing" people can use to protect their teeth. He also suggested Healthy Smiles, the provincial program for low-income families to send their kids to receive free dental care. 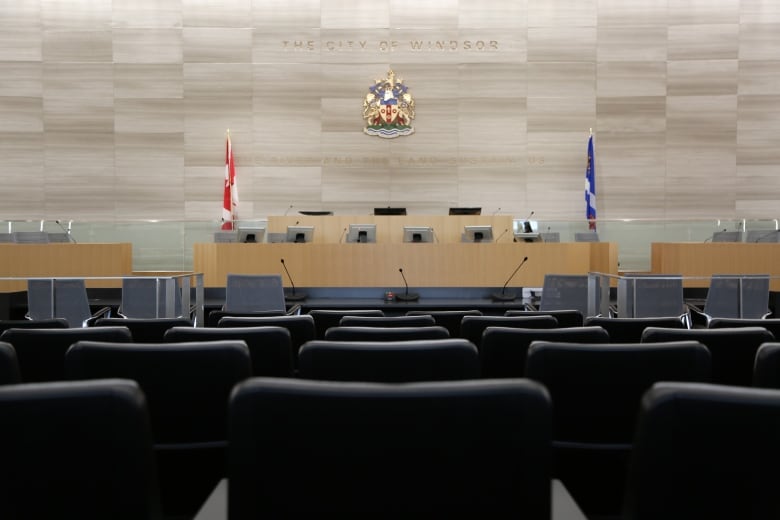 City council voted 8-3 to bring fluoride back into the water. (Jonathan Pinto/CBC)
However, Joyce Zuk, executive director of Family Services Windsor-Essex doesn't agree that toothpaste is enough.
She said requests for dental assistance at the organization have gone up by 300 per cent from 2014 to 2018.
"I'm not trained in science," said Zuk. "When we don't know the answer, we look to our experts to provide us with an answer. And in this case, our experts are the Windsor-Essex County Health Unit."
Ward 6 Coun. Jo-Anne Gignac, who voted against taking fluoride out five years ago, kept her stance this time. She said even though water fluoridation is "not a silver bullet" in solving dental problems in the community, "it's going to go a heck of a long way."

Some delegates wrote that they don't want fluoride in their water because they are worried about potential adverse health effects, while others want to have a choice for what they get to consume.
Francis agrees with the latter point.
He said he heard no evidence showing a "direct correlation" between taking away fluoride and the significant increase in tooth decay over the last five years, as mentioned in the oral health report.
"Without a direct correlation, I cannot vote to take away personal consent. I can't do it," said Francis. 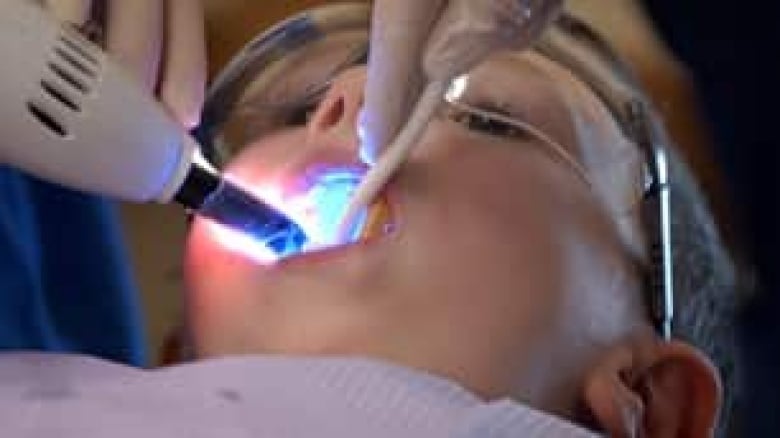 Dental professionals have written to the city clerk, saying water fluoridation is an easy and cheap way to improve dental health for all people. (The Canadian Press)
Health professionals say concerns over fluoride aren't founded on any scientific evidence.
"This is a safe and cost-effective way to improve the oral health status of everyone in the community," wrote Dr. Sanjukta Mohanta, past president of Halton-Peel Dental Association.
"I have seen how easily people living in non-fluoridated areas get cavities — something that could have been prevented."
Others argued that fluoridating water will help improve the health of the entire population, including those who can't afford to see a dentist regularly.
Dilkens thinks the decision shouldn't be made at the municipal level at all, and Ward 7 Coun. Irek Kusmierczyk agrees.
However, Kusmierczyk voted in favour of reintroduction of fluoride because of "compelling" numbers from the health experts who spoke.
"I think rather than waiting for the province of Ontario to act … I think we have an opportunity to do something that the experts here tell us makes a difference," he said.
The money saved from stopping fluoridation over the past five years has been diverted for oral health and nutrition education in the region.
Now that Windsor is putting fluoride back in, Enwin Utilities estimates a one-time cost of $850,000, as the old equipment is no longer available for reuse.
Ongoing costs would total roughly $105,000 to purchase the fluoride each year.
With files from Chris Ensing
CBC's Journalistic Standards and Practices|About CBC News

Dreaming About Teeth Falling Out? What It Might Mean 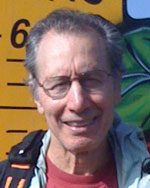 Richard Nicoletti, J.D., was a lawyer for 37 years before retiring in 2000 and going on to study at the Jung Institute of Boston. He currently lives in Keene, New Hampshire, where he has taught classes at the Continuing Education Program at Keene State College and practices Jungian psychotherapy at Monadnock Family Services, as well as his own private practice


The Man Behind Freddie Mercury’s Teeth in ‘Bohemian Rhapsody’

If you thought Rami Malek’s teeth were big in “Bohemian Rhapsody,” consider this: They could have been even bigger. The giant prosthetic choppers the actor wore to help bring Freddie Mercury to life were made in different sizes, including a set that were the actual size of Mercury’s teeth, but they were a little too large for Malek’s face.
This and other biting tales came from an interview with Chris Lyons, the tooth-maker extraordinaire with the British company Fangs FX. The artist, 55, has been making teeth for movies and TV shows for decades, amassing hundreds of credits and fitting stars like Tilda Swinton, Meryl Streep and Johnny Depp with memorable creations. He even made gold fangs for a Doberman in a Kanye West video.
While Lyons’s work usually plays a supporting part in productions, it moved into a starring role in the new Queen biopic. In an early scene, Mercury’s bandmates-to-be are skeptical about his ability to be a frontman with such a mouthful, but Mercury suggests that having four extra teeth, which gave him his overbite, is a musical benefit.
[Read our review of “Bohemian Rhapsody.”]
Here, Lyons, who fabricated discolored teeth for Malek in the prison-drama remake “Papillon,” talks about creating a set of Freddie Mercury teeth in gold, contributing to the recent “Star Wars” movies, and making a larger-than-life replica of Björk’s mouth.
Here are edited excerpts from that conversation.
How do the teeth work to shape Rami Malek’s mouth the way they do in the film?
They’re big teeth and they’re a little bit buck, so they stick forward slightly. When they go in Rami’s mouth, it pushes his lip forward to give him that overbite look and makes it look more like Freddie’s mouth.
Freddie was very self-conscious about his teeth and was often trying to hide them with his lip. Rami loved that, because he had to work to hide these teeth as Freddie did.
What are they made of?
Dental acrylics, basically. If your nan had false teeth and she takes them out and puts them in the glass beside her bed, it’s similar material to that. But each tooth has been handmade in layers to get the colors and to fit Rami. Nothing’s stock.
And how do they fit on?
We don’t use fixatives. They just go on the front of his teeth behind his lip. That’s it. Because the minute you go over the biting surface of your teeth, it will affect the way you talk and you won’t be able to close your mouth. Whereas Rami could close his mouth fully because none of my teeth were on the biting surface of his. They literally just clip in and out in seconds.
We did varying sizes going all the way up to Freddie-sized teeth. When we did the first big test and presented it to [the director] Bryan Singer, that’s when we realized if we went for the full-sized teeth, they were going to be far too big on Rami because of his size. We scaled it down so that everything matched with Rami’s face and features.
The teeth for this film are big, but you’ve made a wide range of tooth sizes throughout your career.
We can make teeth as thin as .1 of a millimeter, or fangs that are an inch thick. And we make gold teeth. Rami asked me to make a set of Freddie teeth in gold for him. I made him a little stand for them. He wanted to keep them at home, because it’s not a common character to play.
What would you use the really thin teeth for?
If you’re playing a character who’s living in the wild or a vagrant or something like that, your oral hygiene is pretty bad. So instead of painting on your teeth, which would affect continuity, we can take a thin material, paint that up, you clip it in and suddenly your teeth are discolored. When we did Tilda Swinton in “Suspiria,” she’s got them in. She’s one of my regular customers.
What kind of tooth work have you done that we wouldn’t notice?
I’ve done all the new “Star Wars” and their spinoffs, and I haven’t noticed one set of our teeth in any of the films yet.
What was one of your most difficult undertakings?
That would be on Tim Roth, for the film “Youth Without Youth.” The shot was going to be, he’s in hospital and the doctor was going to put his finger in his mouth. And they wanted every tooth in his head to be loose, like wobbling. It took me two months to work out how I was going to do it. We must have made four or five different sets before being happy enough with one we could present. I couldn’t believe it worked in the film.
Posted by Dr.P at 11:37 AM No comments: